There are several approaches that can be used in achiveing a good seedbed preparation. The deciding factor in choosing approach is how the various techniques manage harvest residues.

The seedbed lays the foundations for crop establishment. However, there are different techniques that can be used to create a seedbed:

2. Ploughing in of straw, shallow cultivation, drilling with Rapid where seed and fertiliser are placed in the soil simultaneously.

3. Minimal tillage – tillage of straw by cultivator, drilling with Rapid where seed and fertiliser are placed simultaneously in the soil/straw layer.

4. Shallow tillage – shallow burial of straw at the surface, drilling with Rapid where seed and fertiliser are placed simultaneously in the soil/straw layer.

5. Direct drilling – drilling with Rapid where seed and fertiliser are placed simultaneously without prior soil tillage. The straw remains on the surface.

An important difference between the techniques is how they manage plant residues. Plant residues affect the possibilities to achieve good contact between soil and seed. If there are large amounts of straw remaining, a great deal of tillage is required to ensure that the straw does not impede the next crop, but is broken down as efficiently as possible. The type of straw present, i.e. the precrop, determines how fast it decomposes and how effectively it can be handled by machinery.

The straw can be baled and removed or buried in the soil. Decomposition of plant residues can improve the structure of a soil with poor structure. If the straw has an alternative value in animal production or for heating, it is often baled and collected in. This makes soil tillage easier in the short term. However, tillage may become more difficult in the long term if the amount of organic material decreases.

The choice of tillage technique can also be affected by the value of the following crop. If the crop can be sold at a high price, this can balance out the costs of ploughing if ploughing leads to better establishment. Another aspect to consider is the pressure from weeds and diseases. If there is a risk of transmission of disease, this can justify full inversion tillage. Difficult grass weeds may also need to be ploughed under. Finally, the ability of the machinery to handle large amounts of plant residues is another factor to consider.

The aim of seedbed reconsolidation is to create good contact between seed and soil in order to provide an optimal supply of water, nutrients and oxygen to seeds and roots according to figure "Reconsolidation of the seedbed".

Too little reconsolidation, i.e. soil too loose around the seed, can lead to malfunction of capillary transport of water because the pores are too large. This means that the soil round the seed can become too dry. Too much reconsolidation means instead that the large pores are compressed and become less effective as regards draining away excess water and transporting oxygen to and carbon dioxide from the seed. This can lead to oxygen deficiency for the roots. On lighter soils (medium and fine sand), light machinery has the best effect, whereas heavy clays need heavier machinery to cultivate and reconsolidate the soil.

Reconsolidation of the seedbed

Soil consists of around 50% solid material, with 50% pores. In the ideal case, half the pores are filled with water, half with air. However this varies widely depending on how much rain has fallen, the structure of the soil and how it is tilled.

Precrop = the precrop is the crop grown before the present growing season, i.e. the previous year’s crop, and it affects the current year’s crop through the amount of residues it leaves, the nitrogen release from these, soil structure, disease pressure, etc 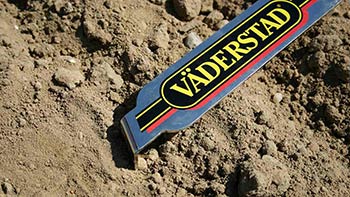